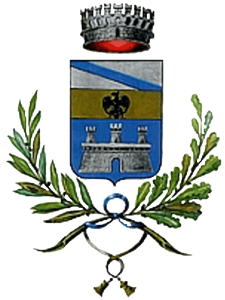 THE MUNICIPALITY OF ACCEGLIO

Acceglio is the last Municipality of the upper Maira Valley and the one with the biggest area.

THE MUNICIPALITY OF ACCEGLIO

It was mentioned for the first time in the founding act of the monastery of Caramagna in 1028. Then it came under the influence of the Marquises of Busca, followed by the Marquises of Saluzzo and thus becoming part of the Autonomous Confederation of the Twelve Municipalities of the Upper Valley. Then it came under Savoyard rule. Interesting is the Museo di Arte Sacra (Museum of Religious Art) in Borgo Villa, once the seat of the Annunziata Brotherhood, where mass vessels and liturgical paraments from diverse chapels and churches of the valley are collected. Matteo Olivero, a painter, sculptor, and one of the major exponents of Italian pointillism, was born in Pratorotondo in Unerzio Valley (Municipality of Acceglio). In Borgo Villa, a house from the late Middle Ages, ornate with double-arched windows, preserves on its facade a fresco depicting the sacrifice of Iphigeneia at Aulis.

The area of the French border is characterised by a dense network of trails that cross great panoramic sceneries in one of the most enchanting corners of the Western Alps (Southern Cottian Alps), highly frequented by hikers. Thus, Acceglio is a home for hikers, climbers and mountain bikers in summer, as well as for ski tourers, cross-country skiers, and snowshoe hikers in winter. It is an ideal paradise for those who love nature and sport, or look for a place to relax in every season.

Canosia is a village of the upper Maira Valley, situated in a hollow at the confluence of the lateral valleys Preit and Marmora.

As part of the Confederation of the Municipalities of Maira Valley (1286) it belonged to the Marquises of Saluzzo, until it came under Savoyard rule in 1601. Etymologically, its name could derive from the plant name canosium or cannosum, indicating a place with reeds (canneto in Italian), or it could be a family name. Canosio is divided in three hamlets: Preit, S. Giovanni, and the main hamlet with the administrative offices. The parish church Natività di Maria of ancient origin was built in the 18th century and preserves a beautiful baptismal font made of stone, a work by the Zabreri Brothers of San Damiano. In the hamlets, you can find remarkable architectural proof, like ancient portals and windows in the style of the 15th century, round columns that support stone shingle roofs, and sculptured capitals. In the hamlet Ubac, there is a large building considered the valley’s best example of the architecture type called house-village.

The sources of income are agriculture (producing rye, barley, potatoes, and animal feed), forestry, and pasture management as well as summer and winter tourism. 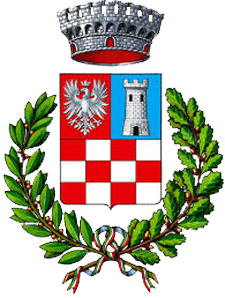 THE MUNICIPALITY OF MARMORA

Marmora is a village of the upper Maira Valley, stretching in the bottom of the main valley and in the lateral Marmora Valley. The municipality’s seat is Vernetti.

THE MUNICIPALITY OF MARMORA

It was already frequented and settled in Roman times, which can be concluded from the name of two hamlets, Urzio and Arvaglia (Ursus, the bear, and Arvales, the priests of the cult of the earth and the goddess Cerere). The place name Marmora could derive from the Latin marmor and refer to the quarrying and processing of marble or building blocks. The territory belonged to the Arduinic and then to Bonifacio del Vasto, who gave it to the Marquises of Saluzzo. In 1601, it came under Savoyard rule.

In the hamlet Superiore, the parish Church San Massimo with its isolated and dominant position above the entire Marmora Valley preserves a precious Gothic steeple and fresco cycles from the 15th century. Interesting is the Chapel S. Sebastiano, immersed in the green, on the mule track leading to Torello. Built in 1450, it preserves a fresco cycle by J. Baleison from the middle of the 15th century. The open-air ethnographic museum in the alleys of Vernetti is also worth visiting.

The main source of income is tourism, especially vacation, hiking, and sport. There is also cattle breeding and forestry.

THE MUNICIPALITY OF CASTELMAGNO

Castelmagno is situated on the southern slopes of Monte Tibert and it is the last Municipality in Grana Valley.

THE MUNICIPALITY OF CASTELMAGNO

It consists of about fifteen hamlets, but only six of them are permanently inhabited: the main hamlet Campomolino (municipality seat), Chiotti, Chiappi, Colletto, Einaudi, and Nerone.

The place name derives from Castrum Magnum or Castri Magni, referring to a fortification that controlled the valley from the height of Colletto. Near Narbona, archaic petroglyphs from the Iron Age, depicting warriors or hunters, were found. During the era of the Roman Empire, the territory was inhabited by Gallo-Ligurian shepherds subjected to the Romans, as proved by a Roman altar dedicated to Mars and today immured in the back wall of the pilgrimage church. In the year 1000, the territory belonged to the Bishop of Turin, then, at the end of the 13th century to the Marquises of Saluzzo, in 1360 to the Visconti and in 1480, it returned to the Marquises of Saluzzo. In 1722, the Savoyards elevated it to a county.

The Pilgrimage Church San Magno is situated off from the village. The chapel, painted with frescos by Pietro da Saluzzo in the second half of the 15th century and extended in 1514, merged in a vast church in the 18th century and was enclosed by a portico in the following century. Of high interest are also ethnographic museum in the hamlet Chiappi that houses a collection of old agricultural work tools and the Casa Narbona Museum in the small village of Campomolino. The economy is based on forestry and cattle breeding. Castelmagno is famous for its DOP cheese of the same name, an important source of income for the entire valley. Furthermore, the municipality is a destination for tourism interested in wine and gastronomy, religious excursions, vacation and sport, the latter mostly thanks to the Fauniera Pass, frequented by cyclists. 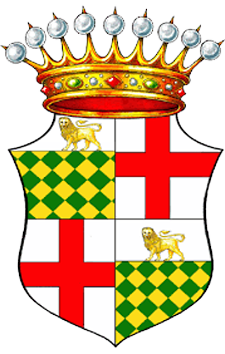 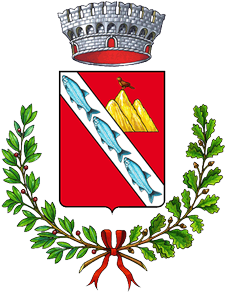 THE MUNICIPALITY OF DEMONTE

Demonte is a village on the left side of the Stura di Demonte Valley.

THE MUNICIPALITY OF DEMONTE

Situated in the middle of a vast, hilly scenery surrounded by mountains, the village is characterised by its monumental and central Via Porticata, with its low-rising porticos of various shapes and arches supported by irregular, half-embedded columns. Important churches and historic buildings, like Palazzo Borelli and the Town Tower, add to the picture.

The parish church San Donato (end of the 15th century) has a terracotta facade ornate with statues. Inside it preserves a 17th century fresco depicting the Battle of Lepanto. The 17th century oratory of San Giovanni has neo-Gothic frescoes on its facade. Of interest is Palazzo Bolleris (today Palazzo Borelli): the building encloses the history of Demonte of the last centuries; the halls of the palazzo show precious murals. The palazzo is connected by a gallery named “of Carlo Alberto” to the neighbouring park, which was built on the ground once occupied by the Bolleris Castle.

Agricultural products are cereals, animal feed, edible chestnuts, and potatoes. A well-developed industry is cattle breeding of a high-quality breed that bears the same name as the village. Industry is present in the dairy and wood-processing sectors. Tourism (summer and winter vacation) is important as well.

The village is situated in the upper Stura di Demonte Valley.

It belonged to the Seigniors of Vinadio, to the Marquises of Busca, and to the Marquises of Saluzzo (1165). It came under Anjou rule (1259-1265 and 1305-1347), followed by the Marquises of the Monferrato and the Community of Aisone. In 1606, it was finally annexed to the Savoyard reign. According to some historians, the place name stems from the proconsul Portius Romanus, who passed by with his army. According to others, it is derived from petra porci, because of the particular form of a rock (petra) at the village entrance that looks like the back of a wild boar (porci). In the old part of the village, in Saretto, there still are some old houses ornate with arched openings made of tuff. On the plateau of Villar, on the graveyard, rises the ancient steeple of the Catre Loupes, four wolves, so called because of the presence of animal figures on the corners of the gable. Today’s parish Church Santo Stefano was built towards the end of the 18th century. Of high interest is the Pastoralism Ecomuseum in the hamlet of Pontebernardo. Sheep breeding (Sambucana sheep) and forestry are practised. Other sources of income are agriculture (cereals and potatoes) and mainly tourism (summer vacation, hiking, and winter sport like cross-country skiing). 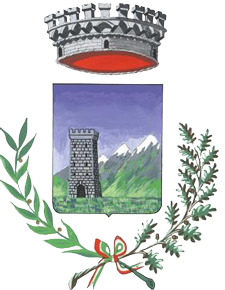 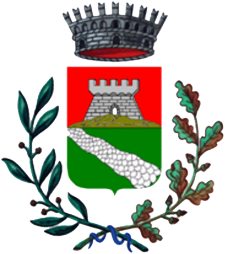 THE MUNICIPALITY OF SAMBUCO

Sambuco is a village of the upper Stura di Demonte Valley, situated in front of the yellow-golden rock walls of Monte Bersaio.

THE MUNICIPALITY OF SAMBUCO

The first settlements in the area of Sambuco were already situated at the feet of the mountains Bersaio and Nebius in the Celtic era. The name might derive from the elder plants (sambuco in Italian) growing in this area, or from the “sambuca”, the triangular shepherds’ harp. In the following, the history of Sambuco and the upper Stura Valley is tied to the fate of the whole Cuneo area, passing from the rule of the Anjou to the Marquises of Saluzzo and finally to the Savoyards. The chapel San Giuliano at the graveyard preserves some remains of its Romanesque origin. The parish church Natività di Maria was built in 1723-1731. On the high pastures, there are still stone buildings with barrel vaults completely covered with earth and named “las trunas”. Often a farm house with a stable and hay barn was built above them and used as a seasonal home by the shepherds of a time.

In the 1920s, military construction was pushed in Sambuco. The area of the barracks was built and uphill of the village the “Galleria Comando” was dug into the mountains. During the Second World War, the command of the army, which consisted of 2,500 man in Sambuco, lived and worked there. Dozens of military structures were built at a high elevation on the southern and northern slopes.

The local economy is based on agriculture (animal feed and potatoes), cattle and sheep breeding, forestry, and summer and winter tourism.